In Thailand, July 29th every year is celebrated as National Thai Language Day.

National Thai Language Day was established in 1999. The date of July 29 was proposed by Chulangkorn University, because on that day in 1962 King Bhumibol Adulyadej (Rama IX) paid a private visit to the university’s Faculty of Arts. During his visit, he had a meeting with students and faculty to discuss the proper use of Thai words and the preservation of the Thai language.

History of Thai alphabet.
King Ram Khamhaeng (พ่อขุนรามคำแหง Pho Khun Ram Khamhaeng) was the third king of the Phra Ruang dynasty, ruling the “Sukhothai Kingdom” (อาณาจักรสุโขทัย) from 1279–1298, during its most prosperous era. He is credited with the creation of the Thai alphabet. 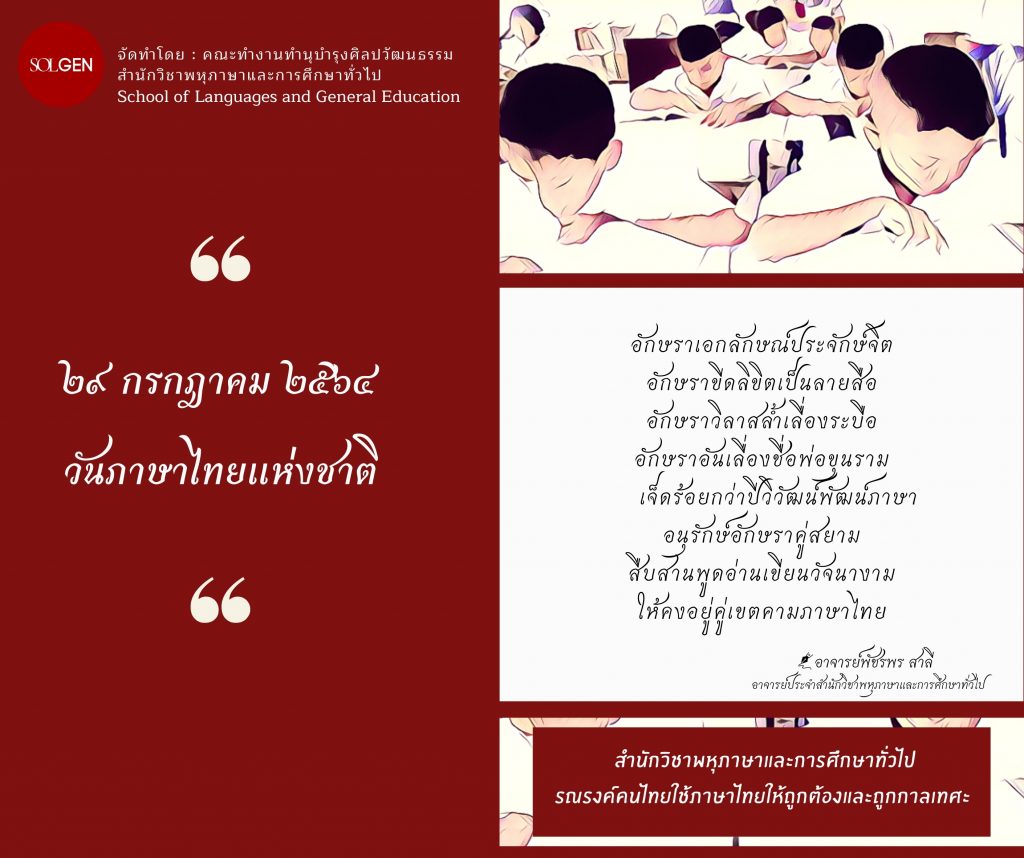